Here you find the best bitcoin trading platforms which support Litecoin (LTC) – at a glance. Trade Litecoin now with Bitcoin or fiat money: 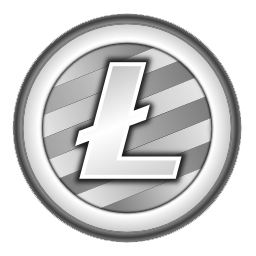 In the table above you find all recommended and established international Bitcoin brokers which support the BTC/LTC trading pair or even LTC-fiat currency pairs. Check out the listed sites in our broker reviews.

Before You Start Litecoin Trading – Learn More About It:

Litecoin is a peer to peer cryptocurrency introduced at the end of 2011 by the developer Charlie Lee on Github as an open source fork of the Bitcoin blockchain with some adjusted technical features. The Litecoin blockchain has it’s own coins called Litecoins (LTC) and its subunits called Litoshis. One Litoshi is 0.00000001 LTC.

The main difference compared to Bitcoin is that the block generation time for Litecoin is lower leading to faster transaction confirmation on the blockchain.

Additional the maximum supply of LTC is four times more compared to BTC. There is a total supply of 84 mln Litecoin, from which at the moment there are 53 mln coins already mined and circulating.

Litecoins are mined through Proof-of-Work. The system is using a different hashing algorithm compared to Bitcoin when verifying transactions on the blockchain. The mining of Litecoin is based on the Scrypt algorithm which requires more memory in the mining hardware compared to other cryptocurrency algorithms, like in the case of the SHA256 for Bitcoin. However, LTC mining doesn't require such expensive specialized hardware as Bitcoin and is generally still possible on home computers with powerful GPU. But it's already way more profitable for big mining farms, as the difficulty to mine LTC is also increasing.

Litecoin supports Lightning network since summer 2017. Lightning network is like an extra layer above blockchains such as Bitcoin and Litecoin to enable scalability for more and faster transactions at low cost.

At the moment it is not possible to mix Litecoins, which is a popular service among Bitcoin users to provide higher level of anonymity.

Litecoin has an active developer team of about 13 people.

After the initial release the Litecoin price has been hoovering around 2-3 dollars for years. The first huge spike occured in the end of 2013, when the price climbed up to 37 dollars within couple of days. After that litecoin started to scroll off from the peak and by the end of 2014 it worth again only 3 dollars. The bottom of the decrease in value occured in January 2015, when one litecoin only worth 1.5 dollars. The price stagnated within the 3-5 dollars range up until 2017 when the SegWit activation skyrocketed the price. Since the end of March 2017 the litecoin price surged to more than 50 dollars by the end of June.

SegWit was originally a protocol proposed for the bitcoin network, in order to solve the scaling problem of the block size. This is basically an upgrade in the software that will enable to increase the capacity of the blockchain network to process more transaction in shorter time. SegWit went live on the litecoin network on May 10th in 2017, which also was visible in terms of the price which double just days before the activation. Ever since then the protocol is working as expected enabling cheaper and quicker transactions compared to other blockchains.

The future of litecoin looks promising. The Litecoin Foundation released a road map in May 2017 about the future development milestones. The next big thing for litecoin will probably be the Lightning Network which is already under test phase. This new feature would let off-blockchain verification of blocks which could potentially disarrange the whole cryptocurrency world and can have a huge impact on the price as well.

Avatrade sources the litecoin prices from BTC-e, the CFDs follow the prices of the cryptocurrency, but you do not own litecoins directly. Avatrade charges the clients 0.30 USD over the market price.
Visit Avatrade Website Read Avatrade Review

Etoro does not charge fees for placing orders or maintaining the account. But they have a 5 USD inactivity fee and charge users for withdrawals..
Visit Etoro Website Read Etoro Review

Bittrex charges a fixed 0.25% trading fee on each litecoin order. Withdrawals are free of charges, you only have to pay the transaction fee to the network.
Visit Bittrex Website Read Bittrex Review

Kraken has a flat 0.02 LTC as fee for withdrawing funds from the account. Trading fees ranges between 0.00% and 0.26% and set according to the maker-taker schedule based on volumes traded on the platform. Simple order costs 0.26%, advanced order types you can only pay 0.16% as market maker.
Visit Kraken Website Read Kraken.com Review

GDAX applies a maker-taker fee schedule for litecoin trading. Maker fees are 0%, taker fees are between 0.1% and 0.3% based on the last 30 days of trading volume on the platform.
Visit Gdax Website Read GDAX.com Review

Poloniex employs a volume based maker-taker fee schedule. Fees ranges between 0.00% and 0.25% depending on the last 30 days of trading volume on the account.
Visit Poloniex Website Read Poloniex Review 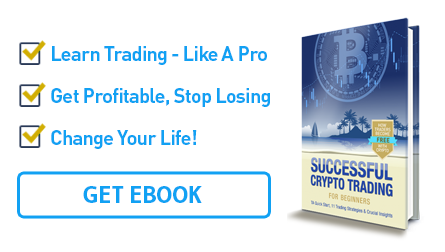 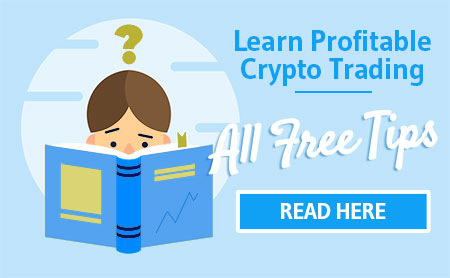 Disclaimer:
This website doesn't give any financial advice. It's a collection of information publicly shared. We assume no liability for the completeness or accuracy of the information. It's the reader's very own decision what to do with her or his capital. This website does not replace a personal financial advisor, which should always be consulted for investment or trading matters.

By continuing to use the site, you agree to the use of cookies. more information